After a brief military career, the illustrious Russian author Fyodor Dostoyevsky quickly turned to writing as a profession with the publication of his first novel, "Poor Folk," in 1846. This novel sparked a literary career that would eventually cement Dostoyevsky's reputation as one of the greatest novelists of the nineteenth century. Early participation in a literary/political group landed the writer in exile in Siberia for nearly a decade, an experience which had a profound influence on Dostoyevsky's understanding of fate, the suffering of human beings, and resulted in a powerful religious conversion experience. Dostoyevsky's works are marked by his penetrating exploration of psychology and morality, which are today cited as highly 'existentialist.' This edition contains White Nights, one of Dostoyevsky's best-known short stories and an excellent introduction to his works. Also included are the following stories: Notes From Underground, A Faint Heart, A Christmas Tree and a Wedding, Polzunkov, A Little Hero, and Mr. Prohartchin.

White Nights and Other Stories 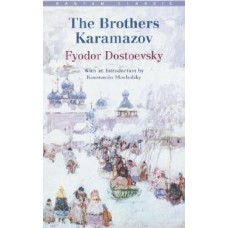 A remarkable work showing the author''''s power to depict Russian character and his understanding of..