This thoroughly updated edition of Global Security in the Twenty-first Century offers a balanced introduction to contemporary security dilemmas in the world. Sean Kay assesses the impact of the global economic crisis on international security and considers how the range of thinking about power and peace has evolved in relation to major flashpoints including in the Middle East, Asia, and Eurasia. Kay focuses especially on the implications of the election of Barack Obama and the changing role of the United States in global security. He builds on the first edition's emphasis on the role of trade and technology, the militarization of space, the privatization of security, the use of sanctions, ethnic conflict, and transnational crime. This edition goes even farther to incorporate traditional thinking about national security in the context of human rights, democracy, population, health, environment, energy, and especially education. Writing in an engaging style, Kay integrates traditional and emerging challenges in one easily accessible study that gives readers the tools they need to develop a thoughtful and nuanced understanding of global security.

Global Security in the Twenty-first Century : The Quest for Power and the Search for Peace 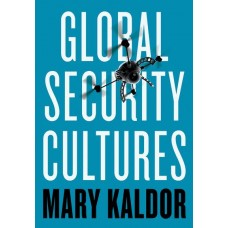 Why do politicians think that war is the answer to terror when military intervention in Iraq, Afgha..