In 2009, Stephen Barker was convicted of rape on the evidence of a little girl who was four-and-a-half years old at the trial, and about three-and-a-half when first interviewed by the police. The high point of the proceedings was the child's appearance as a live witness in order for Barker's counsel to attempt a cross-examination.This case focused attention on the need, imposed by current English law, for even tiny children to come to court for a live cross-examination. In 1989, the Pigot Committee proposed a scheme under which the whole of a young child's evidence, including cross-examination, would be obtained out of court and in advance of trial. In 1999 a provision designed to give effect to this was included in the Youth Justice and Criminal Evidence Act, but it has not yet been brought into force.The full Pigot proposal was implemented, however, in Western Australia, and similar schemes operate in a number of European jurisdictions. This book of essays examines a number of these schemes, and argues the case for further reforms in the UK.

Children and Cross-Examination: Time to Chane the Rules? 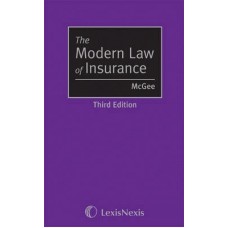 McGee: The Modern Law Of Insurance

The third edition of this popular textbook provides a comprehensive and authoritative treatment of i.. 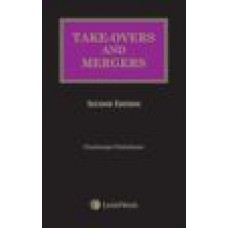 Take-overs and Mergers, 2nd Ed provides a detailed and systematic account of the law and practice re..